What is the ASA Classification?

The American Society of Anesthesiologists Classification, or ASA Classification, is a physical status classification that is used to assess and communicate a patient’s pre-anaesthetic co-morbidities. By assessing this, we can then gauge potential complications we may encounter peri-operatively and try to mitigate/minimise these.

It has been used for over 60 years, with the last update in 2014, as is a scoring system running from I to VI. The higher the score, the greater the risk in relation to anaesthesia.

Below is a table that describes the classes with their definitions and examples as provided by the American Society of Anesthesiologists. A patient just needs one of the conditions listed to put them in to that category and we take the highest class for that patient. 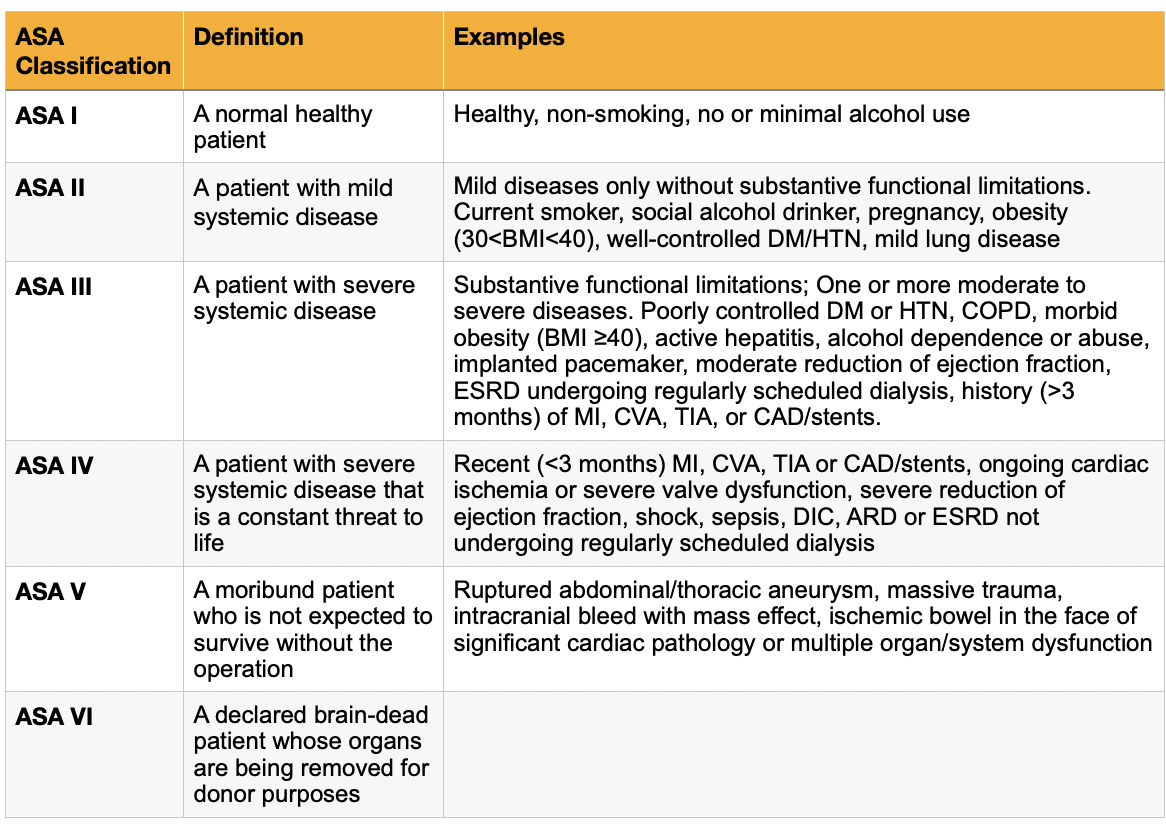 If we consider the dental implications of these classes:

Examples of the ASA Classification

A 46 year old male attends for a filling. They have a medical background of Type 2 diabetes and asthma. They smoke around 5 cigarettes/day. Their HbA1c is 5% and they rarely require their salbutamol inhaler.

A 47 year old female attends for a routine checkup. She had a medical background of Type 2 diabetes, with a HbA1c of 6%. She tells you she has a history of heart problems and she had a heart attack around 2 months ago. Her BMI is 33.

As discussed above, this patient’s diabetes would be classed as well-controlled given the HbA1c reading. Her BMI is 33, which would also put her in an ASA 2 group like the diabetes. However, the patient has had an MI in the last 3 months and therefore, they would fall in to an ASA IV group. Elective treatment should be avoided.

Specialty Training – Why, When and How?

Applying for Dental Core Training during the COVID Pandemic